From Junkie To Successful Entrepreneur

There’s an old Alcoholics Anonymous slogan that goes: “If you don’t want to quit drinking, that’s your business. If you do want to quit, that’s our business.” And that’s a fundamental issue. Most alcoholics – and other addicts – will continue their slide until they hit rock bottom. In the vast majority of cases they (and of course I mean we) can’t be helped because we don’t see it as a serious problem. 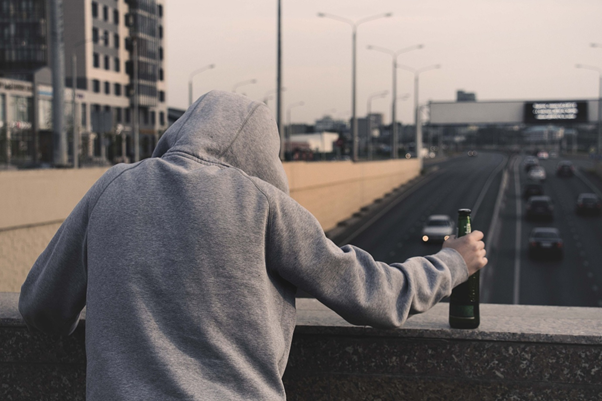 It’s only when a crisis is reached and the fun doesn’t look like fun anymore that suddenly we’re desperate to stop, and we acknowledge that we need help. And even then, our innate self-belief tries to fool us into thinking we can control it.

Sometimes it takes the example of someone else whose life has been ruined to show us it can happen to anyone. That’s how it came about for me.

Today I’m a successful businessman, clean and sober these last nine years. But in between a happy childhood and a very positive present lie the badlands of my teens and early 20s.

My family is from Colombia, but in the 1980s that wasn’t a good place to be. The drug cartels that have provided so much entertainment on TV were really no joke. Colombia was highly dangerous, with gunfights in the street and kidnappings in broad daylight. It makes for gripping television, but to be there in reality, with all this murderous mayhem going on around you, is a living nightmare.

My parents didn’t want that for their family, so they gave up their home country and took me and my brother to California, where we could grow up in safety. And their selfless act did indeed take us out of the nightmare and into a comfortable life where you don’t have to be looking over your shoulder all the time.

What my folks couldn’t do was protect me from myself – from the demons, if you like, that would lead me down a perilous path of my own making.

At about the age of nine I took my first steps into adulthood as I perceived it, via the simple act of drinking alcohol. I had noticed how the adults at the parties my family gave would relax and loosen up after a few drinks, and I decided that was for me too. The instrument of my downfall was a Colombian spirit called aguardiente. Every country has its own cheap liquor and this is ours. What makes it particularly dangerous is that it tastes quite innocuous. It’s basically just alcohol, clear and colorless but with an aniseed flavour. It doesn’t taste serious and grown up like Scotch whisky or gin; it’s a bit like liquid candy.

I snuck a furtive few gulps at a family party and, although I wasn’t wild about the flavour at that time, I liked how it made me feel. So I continued to drink whenever I could get away with it, and by 13 I was also smoking marijuana. Six years later I was addicted to meth and behaving with the reckless abandon of someone who was usually out of his head.

I thought it was harmless enough – and I thought it was my business and no one else’s. But I wound up with a two-year prison sentence, so clearly other people didn’t share my feelings. It was a setback but, being still in the grip of the drink and the meth, I had not yet learned my lesson. Addiction protects itself by filling your head with lies, excuses, justifications.

I started going to AA and NA (Narcotics Anonymous) meetings, which probably looked encouraging to others, but for me were just a way to get out of my cell for a while. I didn’t contribute – I didn’t even speak in them for a long time.

Then one day an oldish man got up and told his story. I was at a stage of my life when you think older people must have got it all together by now. And this man had. He had a loving wife, a decent job and all the ingredients for happiness. But he was a drinker, and no matter how much he loved his lady and his life, he was having an affair with the bottle he could not quit. His wife tried to help him, she covered for him and, he said, she even blamed herself for failing to help him stop. But eventually she realised she was never going to win, and she walked out of his life.

I looked at this guy and he could have been a friend, a colleague, an uncle. It broke my heart that my instinctive impression of him and his idyllic life could have been so wide of the mark. And it made me think about the people I loved and was close to. My parents had given up so much and had worked so hard to create a stable, happy home. Was I really going to repay them in this way?

Well, it didn’t happen overnight and it wasn’t without its problems and setbacks, but that man’s story was the catalyst for the change within me that has led to where I am now: happy, respectable, doing well in life.

To condense what happened after I got out of prison, I moved back in with my folks, I got a job, I discovered I was a businessman, I became a workaholic, I relapsed, I attempted suicide, and my parents took me to a recovery center in colorado.

And gradually I got my act together, learned new skills in the tech field and set up a company in that line, back in Colombia. My plans for the future revolve around setting my parents up for their retirement, with a nice house to live in back in their homeland.

It all started with that story told in an AA meeting in prison by a man whose mistakes I was determined not to emulate. A nice old guy whose world had collapsed through the remorseless influence of alcohol.